Back To About Mary Kay Press Room Executive Bios
Print

Richard has distinguished himself as an innovative marketer and financier. He received the 1968 “Marketing Man of the Year Award” from the North Texas Chapter of the American Marketing Association, becoming the youngest man ever to receive this award. During the same year, Richard took the Company public on the O.T.C. market and subsequently listed the Company on the New York Stock Exchange in 1976. In 1985, Richard led a leveraged buyout of Mary Kay Inc. and returned the Company to a privately held, family-owned business.

Richard served in the U.S. Marine Corps and attended the University of North Texas.

“PEOPLE WILL SUPPORT THAT WHICH THEY HELP CREATE.”

As President and Chief Executive Officer, David is responsible for the day-to-day decisions involved in Mary Kay Inc. He is a member of the Mary Kay Inc. Board of Directors.

David joined Mary Kay Inc. in June 1993, and in 1996, he became Chief Financial Officer and Treasurer. In 2001, he was named President and Chief Operating Officer. In 2006, David assumed the title of Chief Executive Officer. Prior to joining the Mary Kay family, he was a Vice President at Citibank, based in New York. Preceding Citibank, David was a financial analyst for Union Texas Petroleum in Houston.

Under his leadership, Mary Kay has expanded into 14 new markets and successfully diversified its revenue across more than 35 markets worldwide. The Company also has made significant progress on key strategic initiatives, including global rebranding and global standardization of core systems and processes. During David’s tenure as President and Chief Executive Officer, Mary Kay’s global revenue has more than doubled, with various markets around the world regularly setting sales and independent sales force records

David earned a Bachelor of Science in finance from Clemson University, where he currently serves on the President's Advisory Board. He earned his MBA from the University of South Carolina, where he was designated the outstanding MBA candidate and, in 2008, received USC’s Moore School of Business Distinguished Alumnus Award.


“NOTHING HAPPENS UNTIL SOMEBODY SELLS SOMETHING.” 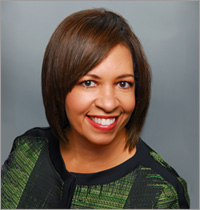 Sheryl joined Mary Kay Inc. in January 2009 as the Vice President of Global Brand Development and was named Chief Marketing Officer and executive team member in July 2011. Sheryl has been instrumental in developing and implementing the product portfolio strategy that is generating a sustainable stream of innovative skin care, color and fragrance products that are strengthening Mary Kay’s competitive position globally. She has also driven the development of digital marketing and social media tools that enable independent beauty consultants to successfully sell Mary Kay products anytime and anywhere. Sheryl’s passion for helping people reach their fullest potential is evident in her regular blog posts on The Mary Kay Way blog. Sheryl is actively involved in a variety of not-for profit initiatives.

Sheryl received a Bachelor of Science in retailing from the University of Wisconsin and holds a Masters of Business Administration from Harvard Business School.

"PICTURE A SIGN AROUND EACH PERSON’S NECK THAT SAYS, “MAKE ME FEEL IMPORTANT.”" 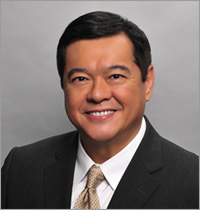 K.K. Chua serves as the President of the Asia Pacific Region. As regional president, K.K.’s responsibilities include all areas of the Company that directly support the success of our subsidiaries and independent sales force members in our Asia Pacific markets, which include Australia, China, Hong Kong, India, Korea, Malaysia, New Zealand, Philippines and Taiwan, and Singapore.

Prior to Mary Kay, K.K. held senior executive positions in the media and film industries in Asia for Hollywood Studio and has had extensive prior working experience throughout Asia and in Europe. He helped spearhead the opening of Korea, Indonesia and China to Paramount, Universal and MGM’s products.

K.K. graduated in Business Studies from Ngee Ann Polytechnic in Singapore as the most outstanding student in his faculty and attended the Executive Development Program at Cornell University. While residing in Sydney, K.K. was a member of the Council of Governors of the American Chamber of Commerce in Australia.


“WHAT THE MIND CAN CONCEIVE AND THE HEART BELIEVE, THAT YOU CAN ACHIEVE.”

Tara Eustace serves as President of the European Region. As the regional president, Tara oversees the 13 countries that make up the European Region which are Armenia, Czech Republic, Germany, Kazakhstan, Lithuania, Moldova, Poland, Portugal, Russia, Slovakia, Spain, Ukraine and the United Kingdom.

Parallel to developing markets, Tara took on increasing responsibility in country management including in the Czech Republic and Slovakia. In 2002, Tara was promoted to President of the European Region, taking on management of additional countries and subsequently opening new markets. Under Tara’s leadership, the Mary Kay® brand has become a leading cosmetics company and one of the most respected direct sellers in the European Region.

Tara holds a bachelor’s degree in Russian studies and international relations from the University of Virginia.

“MARY KAY IS A UNIQUE WAY OF LIFE THAT PROVIDES THE BRUSHES, THE OILS, THE PIGMENTS AND THE CANVAS ON WHICH YOU CAN PAINT YOUR LIFE AS YOU REALLY WANT IT TO BE. YOU CHOOSE YOUR OWN COLORS, YOUR OWN DESIGN AND YOUR OWN PATTERN. IT’S A PLACE WHERE YOU CAN REACH HIGHER, THINK BIGGER, GROW GREATER AND LIVE DEEPER THAN ANYPLACE ELSE ON THE FACE OF THE EARTH.”

Deborah Gibbins serves as Mary Kay’s Chief Financial Officer. In her role, Deborah oversees the strategic planning and financial growth of Mary Kay across the globe. She is responsible for the company’s financial planning, reporting, treasury, tax and internal audit functions.

Prior to joining Mary Kay in 2013, Deborah held senior leadership roles within the finance function of PepsiCo’s Frito Lay North America division. Before PepsiCo, Deborah was a senior manager in the Audit and Assurance practice of Arthur Andersen LLP.

Deborah is a Certified Public Accountant and earned a Bachelor of Business Administration in finance and accounting from Southern Methodist University. An active community volunteer, she currently serves on the board of directors for the United Way of Metropolitan Dallas. 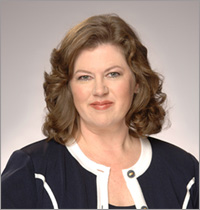 Melinda Foster Sellers serves as Mary Kay’s Chief People Officer. Melinda is responsible for all Human Resources, Marketing, Facilities and Security initiatives around the world. She has been a member of Mary Kay’s Executive Team since 2006.

Melinda has been instrumental in leading a shift toward global support for Mary Kay’s operations. She has been responsible for implementing global systems and processes that are providing more efficient, consistent and strategic support for the business worldwide. Programs have a goal of uniting every employee towards supporting the mission of the company and have everyone – employees, independent sales force and consumers - say they “love their Mary Kay”.

Melinda joined Mary Kay Inc. in 1993. Over the years, she has held various positions in Human Resources. She has also been a member of Mary Kay’s Culture Committee since its inception in 1998. The committee is dedicated to preserving the culture and values that were established by Mary Kay Ash. In support of our culture, Mary Kay’s global mentoring program also contributes to the strength of Mary Kay’s workforce, with a growing number of mentees and mentors from markets around the world participating each year.

Prior to joining Mary Kay, Melinda worked for Mark IV Industries and DSC Communications. Melinda earned undergraduate degrees in psychology and biology from Drury University and her graduate degree in industrial relations from Iowa State University.

Kregg has led Mary Kay’s strategic efforts of leveraging technology to better serve customers and to improve the opportunity for the independent sales force. Kregg has been instrumental in launching Mary Kay InTouch®, an online web portal, and Personal Web Sites that have reshaped the way the independent sales force members do business. Additionally, Kregg has led efforts to develop and implement common core systems and processes that create operational efficiencies and improved selling opportunities in over 35 markets globally.

Kregg joined Mary Kay Inc. in October 1993 as Manager of Sales Force Automation and held various other positions before being named CIO in 1997. Kregg has been a member of the Executive Team and has coordinated Mary Kay’s overall business strategy since 1998.

“I LOVE MY MARY KAY BECAUSE OF THE GREAT OPPORTUNITIES IT CREATES FOR ALL OF US AROUND THE WORLD.” 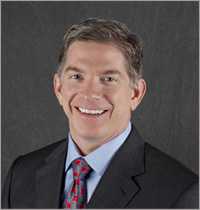 Nathan Moore serves as President, North America Region. Nathan joined Mary Kay Inc. in 1995 as a Staff Attorney and has held several leadership positions in the Company’s legal department. Nathan was a founding member of the Mary Kay Culture Committee in 1998. The committee is dedicated to preserving the culture and values that were established by Mary Kay Ash. Nathan has a passion for the Mary Kay opportunity and the direct selling industry, having served as Chairman of the Direct Selling Educational Foundation and the Direct Selling Association.

Nathan earned a B.B.A. (Finance) with honors from Texas A&M University and a law degree from St. Mary’s University in San Antonio, Texas.

“PEOPLE ARE DEFINITELY A COMPANY’S GREATEST ASSET. IT DOESN’T MAKE ANY DIFFERENCE WHETHER THE PRODUCT IS CARS OR COSMETICS. A COMPANY IS ONLY AS GOOD AS THE PEOPLE IT KEEPS.” - MARY KAY: YOU CAN HAVE IT ALL 1997.

RYAN ROGERS
BOARD OF DIRECTOR AND CHIEF INVESTMENT OFFICER 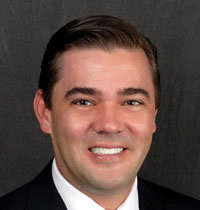 Ryan Rogers joined Mary Kay Inc. in January 2000 as a Financial Analyst. In December 2001, he was named Project Manager, and in January 2005, he became Director of Strategic Initiatives.

In May 2007, Ryan was named Vice President of Strategic Initiatives and Chief Investment Officer in June 2013. Prior to joining Mary Kay Inc., he was an associate in the Transaction Services Group of PricewaterhouseCoopers LLP in Dallas.

In his current position, Ryan is responsible for strategic direction, financial analysis and resource allocation decisions on key investments being considered across various Mary Kay departments and at Mary Kay international subsidiaries. He also is a member of the Mary Kay Inc. Board of Directors. Since 2001 Ryan also has served as Vice President of The Mary Kay FoundationSM. The Foundation was formed by his Grandmother in 1996 to fund research on cancers affecting women. In 2000, the Foundation’s mission was expanded to include the elimination of domestic violence. The Foundation issues millions of dollars in grants each year.

Ryan and his wife, Maleiah, live in Dallas with their daughter, Everlee. 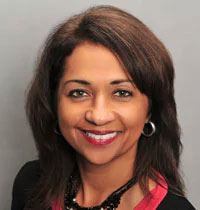 Julia A. Simon serves as Mary Kay’s Chief Legal Officer and Corporate Secretary and oversees the company’s Legal, Risk Management, Corporate Communications and Corporate Social Responsibility functions. In addition, she serves as the Senior Privacy Officer for the company. Her teams protect the company’s reputation and operations in more than 35 markets around the globe.

Julia has held many roles since she joined the Mary Kay Legal Department in 2000. She worked to protect the company when challenged with litigation and she helped to create the company’s Global Data Privacy Compliance Program. She has proudly served as a mentor to Mary Kay employees and is deeply committed to developing strong talent. Julia is incredibly honored that she had the opportunity to meet and talk with Mary Kay Ash personally during her prior employment with the company in 1995-96 and continues to be inspired by Mary Kay’s legacy and the company’s mission to enrich women’s lives. She believes it is the role of the Legal Division to help clear the path so that millions of Mary Kay Independent Beauty Consultants around the globe have an opportunity to pursue success in their businesses.

“LEARN TO EVALUATE YOUR SUCCESS BY THE BALANCE YOU ACHIEVE IN YOUR LIFE.”